KUNGONI TREES is concerned with the trees and timber that are important to the artists of Kungoni Centre, both as material for carving and for their symbolic or practical value. Deforestation is a pressing concern for Kungoni Centre, and directly threatens its livelihood. Its response has been to emphasize the dignity that art and carving, when conducted responsibly, might confer on trees, and to engage in a programme of record and, where possible, civic education and replanting. 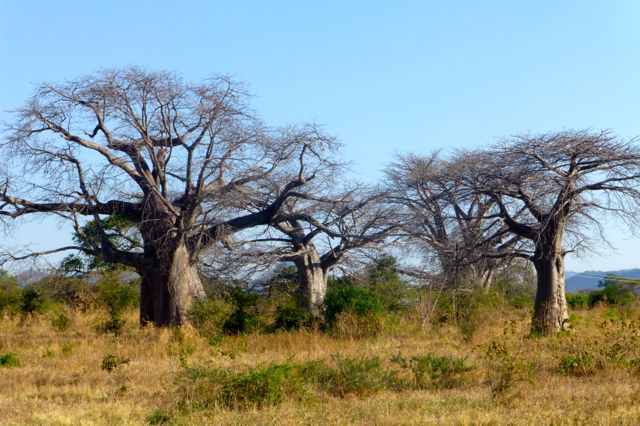 Although Kungoni Centre derives some influence from the carving tradition of East Africa, it has sought from its earliest years to explore the use of timbers other than the phingo wood (African ebony) with which African carving is so often associated. Accordingly, at the start of this study, it was determined to commission a Nativity from Thomas Mpira, each piece of which is carved from one of the twenty-six trees known to his art. It has subsequently been copied, so there are now two Nativities, in Malawi and England. The Nativity allows us to see the trees of the local Mua-Livulezi Forest Reserve from the perspective of one of the most distinguished carvers of the current generation. It is the first purpose of KUNGONI TREES to record the trees suitable for carving according to the names known to Thomas Mpira and his fellow carvers and to attempt a description of their qualities and use over the history of Kungoni Centre. 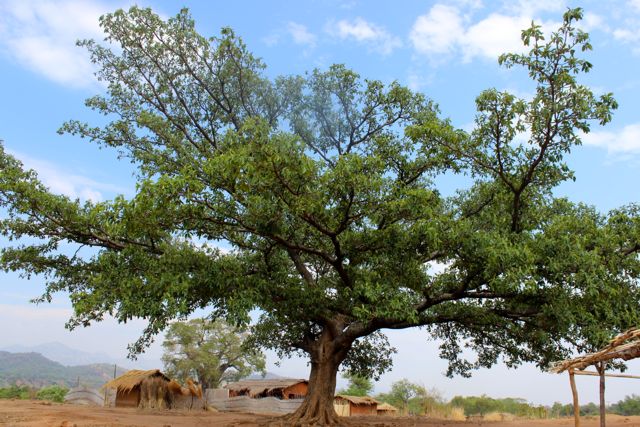 KUNGONI TREES attempts also a wider record of trees in the Mua area, especially where they are significant to the village life that is the chief inspiration for so much of the artists’ work. Uses are as diverse as construction, firewood, medicine and shade.

KUNGONI TREES attempts finally to classify trees according to the symbolic value that some have acquired in the visual idiom of Kungoni Centre: the visitor will discover on this website artwork for which, among others, mlambe (baobab) and kachere (fig) trees express far more than would be understood by those not versed in this language. This symbolic value may derive either from what is remembered in traditional society (or its antiquarian reconstruction) or from self-conscious artistic conceit.

There is one entry for each tree or timber, arranged by group and in alphabetical order according to their local names. Botanical and English names, where known, are given, together with a description and a list of artistic, practical and symbolic properties. It is hoped that a detailed photographic record will compensate for any deficiency in KAP’s knowledge of dendrology and will allow independent pursuit by those more qualified of the trees of the Mua area. 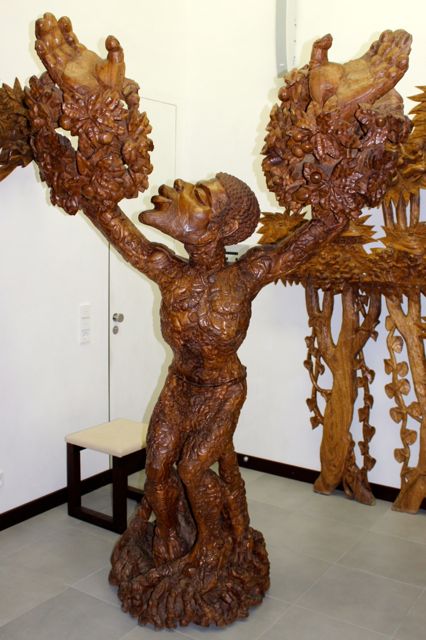 James Chimkondenji’s Christ the Kachere Tree is the centrepiece of the MISSIO chapel in Munich, Germany (1986), which is ordered to suggest a sacred grove of the Chewa people of Malawi. Kungoni Centre understands the kachere (fig) tree as a symbol of supernatural grace. 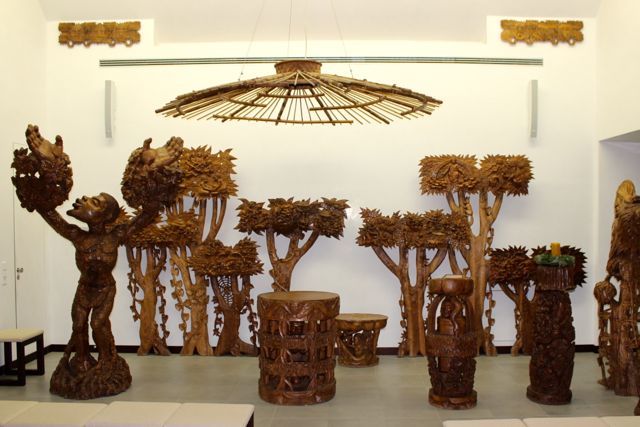 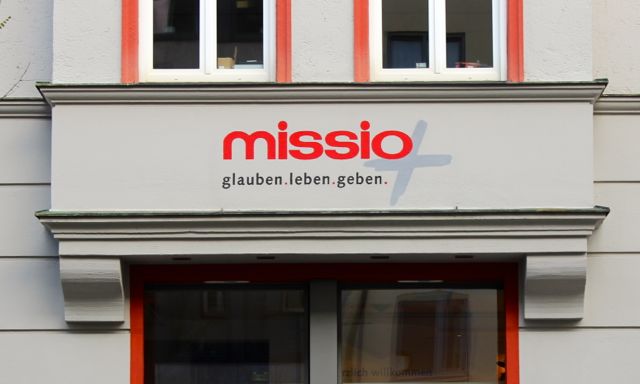