KUNGONI PEOPLE is concerned with the people and communities, around Mua Mission, throughout Malawi and ‘beyond the Lake’, who have contributed to the development of Kungoni Centre throughout the four decades of its existence. Its achievement in art requires consideration not so much as the work of a single directing mind or a collective but as the product of numerous individual artistic vocations, with due regard to ties of family and kinship, personal influence and the relationship between master and pupil, often extending over several generations. 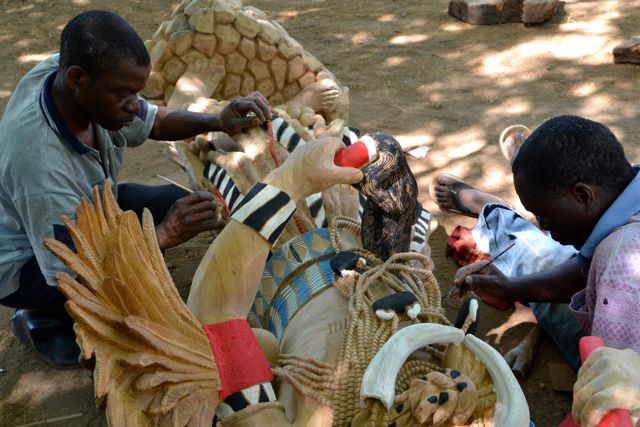 Claude Boucher Chisale found little by way of pre-existing artistic tradition when he arrived in Malawi in 1967. However, he cultivated the friendship of those with natural ability, and by slow degrees he gathered over 220 artists, the majority carvers, but also painters and potters, who came from near or far, and are remembered today as having made a significant contribution to Kungoni Centre. Such is the longevity of Kungoni Centre that young carvers might work alongside their grandfathers and count their teachers back to the fifth generation: there are those who have lived and died in its service. Much carving is undertaken in the public space, which allows a measure of interaction and mutual encouragement that is remarkable.

Claude Boucher Chisale’s artistic formation, in Canada, England and Uganda, is also recorded. He has worked in many media, but is most notable as a painter. In addition, his dialogue with the artistic community has provided the inspiration for many of Kungoni Centre’s most distinctive works.

Although carving and painting are (by tradition) the work of men, their womenfolk develop their arts and crafts through Ku Mbewu Centre for Family Development. 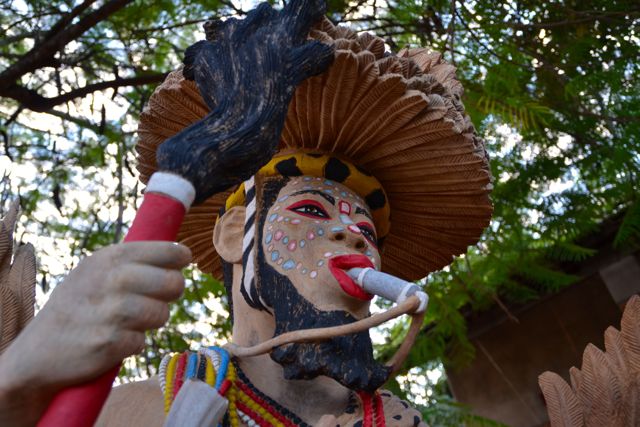 KUNGONI PEOPLE includes artists, friends, patrons, scholars and others who have contributed to the development of Kungoni Centre. There is one entry for each person, arranged by group and in alphabetical order.

KUNGONI PEOPLE is searchable by fields that include (for artists) years of activity at Kungoni Centre, place of origin, educational background, subsequent career (where relevant) and master / pupil and familial relationships to other artists. The substance of the information is presented also on a timeline, which allows a visual conspectus of the successive generations of artists who have made Kungoni Centre their home. 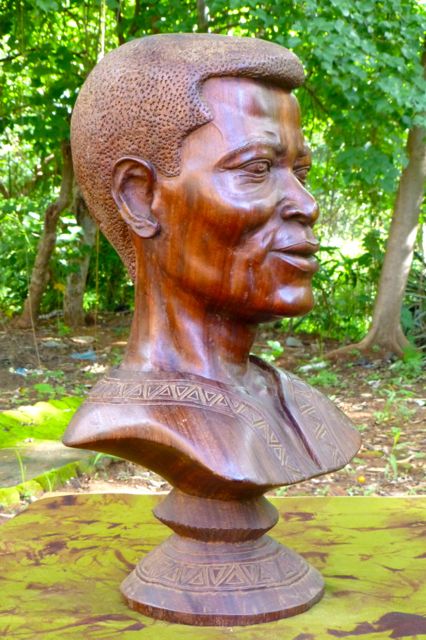 Michael Tambala portrays his father Patricio Tambala Mponyani (d. 1997). Patricio was the principal collaborator of Claude Boucher Chisale in the 1970’s, when the characteristic work of Kungoni Centre was to decorate outstations with wall paintings, in which he often features as a model. Michael left Kungoni Centre in order to work as a Clinical Officer. Patricio’s young family appears (below) as a detail of the wall paintings applied to Mua Parish Hall (1980). 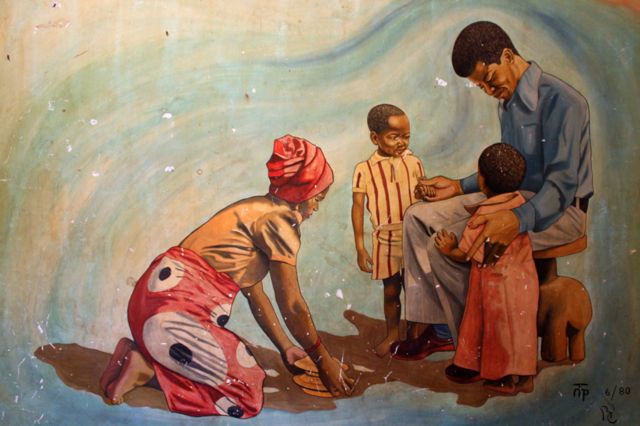